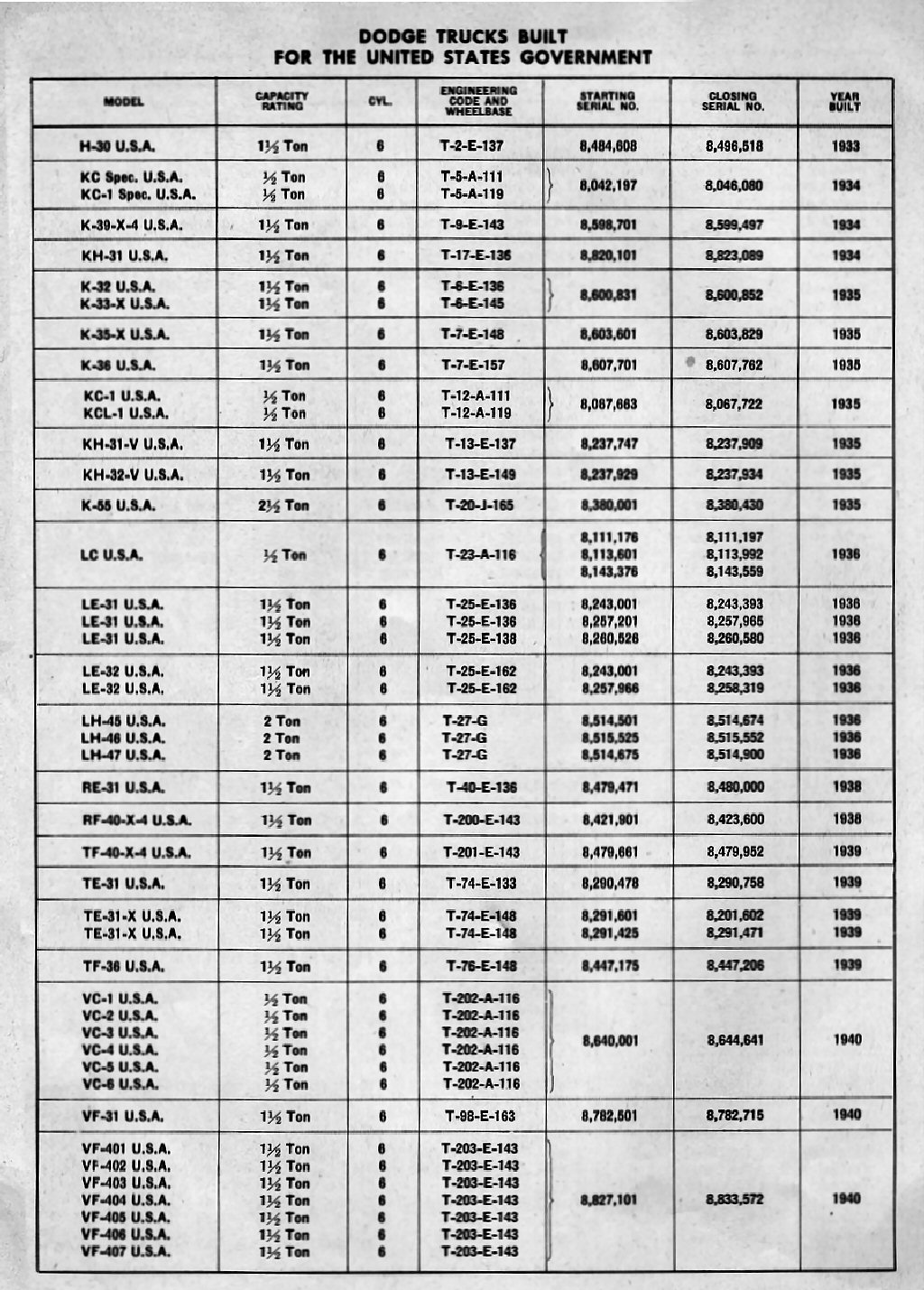 In recent years I have built a “Chassis numbers versus Bonnet / Hood numbers” list and calculation program for the Dodge WC 4×4 and 6×6 series for myself in MS Excel.
Dodge WC 6×6 … Chassis number series 82 ### ###
To be able to determine the hood number as accurately as possible, for Dodge WC-62/63.
This is based on known production percentages per type and production per year.
And from production data published in various books and the hundreds of now known “Build cards” that are located on various forums and web pages.

However, …
Know that concerning WC 4×4 chassis numbers… In the factories, whole series of 5,000 to 10,000 units randomly were put on the production line.
And so… from storage stocks and stacks whole series of chassis were produced randomly.
Therefore, also the number series of the 4×4 are not just in line and successive.
So, there can be a 5,000 or 10,000 deviations here and there, and thus a month or two differences with your own copy of your build card.
The generated lists are a handle, guideline and an approach.

For the WC-51 and WC-52 I have made a Bonnet / Hood list per year / month.
Based on the contract series of the US Army. (The first two pages in the appendix)

Further in the appendices … an overview with approximately 200+ known chassis numbers from various well-known media such as … www. command-car.com / technik / technikbuildcards.html

Perhaps you can take advantage of this, to determine a reasonably corresponding hood number for your Dodge WC series based on your own chassis number.

Some other interesting links for extra research: